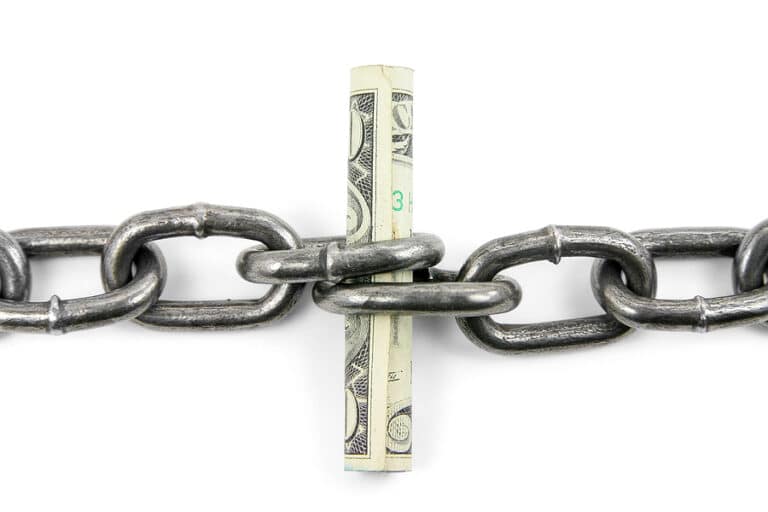 At the time paternity is established or at a divorce preliminary hearing or final hearing (or as a part of any settlement agreement) a child worksheet will be prepared using the parents’ gross weekly incomes. In most cases, a child support account is set up and the parent paying child supports sets up an account with the Clerk of the county and pays it through the Indiana State Central Collections Unit commonly referred to as “INSCCU.”

For the paying parent with a stable job, this is ordinary with-held from his or her check through an Income Withholding Order, which is common called an “IWO.”

Child support is again determined based the parents’ gross weekly income; it is reduced if the non-custodial parent has significant overnights with the child(ren). This is a fairly new concept as parents previously had child support abated (reduced) by fifty percent (50%) during extended summer parenting. Credits are given for daycare and health insurance premiums. This is determined by a mathematical problem and is provided by the Indiana Supreme Court through its child support calculator. Child Support is also governed by the Indiana Supreme Court’s Child Support Rules and guidelines (which are effectively the rules and guidelines that are a part of a non-custodial parents’ child support obligation under the Calculator. These three (3) tools/rules have a great deal of flexibility to account for virtually any situation presented by a litigant through his or her counsel to the court. For instance, for parents who live far apart (in other states or another country), a deviation may be made to the non-custodial parent’s child support obligation because of the costs of transportation for parenting time.

There are times, particularly in paternity cases, where the parties do not go to court immediately (or ever) and just agree to an amount the non-custodial parent will pay the other for child support. This is highly risky and should be avoided. When, and if (and they almost always do), the case winds up in paternity court, a parent who has been paid support directly may have the court deem this “child support” a gift because the law anticipates child support to be paid through a child support account. In addition, at this time, it is most certain you will need a skilled lawyer. Even if there is no argument as to what was paid was a gift, documenting the payments back to birth to get credit, is a great deal of work, or impossible if the payments were made in cash and there are no receipts. This is a major risk you should not take and discuss with domestic counsel, because if you are not credit with the payments you have made you could owe back to the child’s date of birth and have a large child support arrearage of thousands of dollars.

At this point, you may wonder why child support even exists and what it is supposed to accomplish. Both parents have duplicate costs (such are rent or a mortgage when they are divorce) and payment of child support (particularly because the amount is normally a significant part of the non-custodial parents weekly gross income) causes many non-custodial parents to just get by. However, Income Shares Model that is used to compute child support recognizes the Legislature exercised it authority when it enacted the Divorce and Paternity Acts and as such placed a duty for child support and educational support upon parents based upon their financial resources and needs, the standard of living the child would have enjoyed had the marriage not been dissolved or had the separation not been ordered, the physical or mental condition of the child, and the children’s educational needs.

With skilled counsel and careful development of the evidence to present at trial, your weekly child support obligation may be reduced by the court if the court concludes from the evidence in a particular case the award of support reached through application of the Guidelines (the rules that control the Calculator) would be unjust to the payor, the court can enter written findings articulating the factual circumstances support that conclusion and lower your support. Thus, despite the Calculator’s support obligation, the court can order you to pay less if your circumstances support it. In most cases, this evidence is simply that the parent paying support cannot meet his or her own needs with such a high child support order.

Once child support is established and the payments begin, child support continues until the child is emancipated, typically at age 19 (but it can be earlier in certain circumstance allowed in the statutes, such as if the child marries). However, the amount of child of child support may be modified in one of two ways. The first way is a party shows changed circumstance so substantial and continuing as to make the payment of the current amount unreasonable. The second requires that passage of time and an evidentiary showing that a party has been ordered to pay an amount in child support that differs by more than twenty percent (20%) from the amount that would be ordered by applying the child support guidelines and the order request to be modified was issued at least twelve (12) months before the petition requesting the modification was filed.

The most common situation where a child support modification petition is filed within one year of the prior order is when a parent loses his or her job. It is critical to speak with an attorney at this time and immediately file for a modification petition because the court can only retroactively modify back to the date of this filing. This means if you wait two (2) months assuming you will find another job with equal or greater pay but do not get such employment, you are going to owe child support as if you were employed at the higher amount until the modification was filed. The trial court does not have the discretion to modify to a date earlier than your petition was filed. What this means is you will have a child support arrearage that you will also have to pay on.

What Do I Do, I Lost My Job And Cannot Pay Child Support?