“We are getting married next week; can I just have my lawyer draft up a pre-nuptial and have my fiancé’ sign it? My spouse is pregnant, and we are excited to be a family, but if we divorce, I want our child, can I put this in the prenuptial? What’s the difference between a pre- and post-nuptial?” 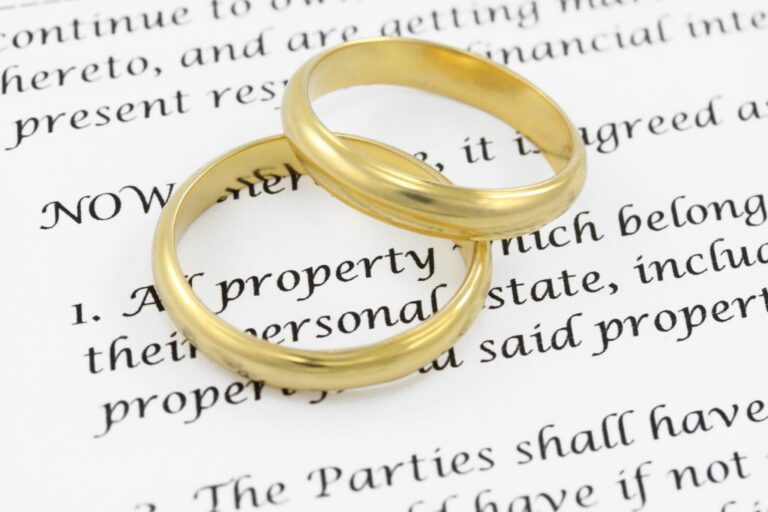 A prenuptial is nothing more than a contract the parties enter into to determine how their assets are to be divided by a divorce court if divorce should occur in the future. These are nothing more than contacts. Indiana has a statutory scheme that clarifies that entering into to a prenuptial is legal to do; this body of law is called the Uniform Premarital Agreement Act and has also been applied to post-nuptials.

In the event of divorce, the pre-nuptial is presented to the court and asked to be enforced to address the marital assets it covers.

That said, there are some things the parties cannot agree to by a pre-marital agreement. This should seem logical, but the parties are prohibited from entering into any agreement (contract) as to how children born of the marriage will be divided as far as legal and physical custody are concerned.

This is sole determination for the judge who is charged with looking out for the children’s best interests. This prohibition expands across the entire segment of child-related issues. For instance, the parties cannot agree what child support will be at the time of dissolution, because child support belongs to the child.

A post-nuptial is a generally the same contract as to how assets are divided on divorce, but this is done during the marriage for it to continue because of existing marital strife. That is the consideration (or what is given of value for a party to enter into a post-nuptial). While this legal right and tool is not recognized in the Uniform Premarital Act, it is recognized under Indiana law.

The key with a post-nuptial is clear disclosure of marital assets and liabilities and separate counsel. Post-nuptials are inherently seen as documents that should have been prepared and entered into before marriage. However, they are enforceable if the correct steps are taken. In any event, each side should have clear competent counsel as post-nuptials have less legal support than pre-nuptials.

Ciyou & Dixon, P.C. handles pre- and post-nuptial for all types of individuals (most of whom has significant assets or businesses). This investment in is a small price to pay when divorce is filed, and an equal division of assets is the presumption.

What Can I Do to Preplan Before a Divorce?

Four Cardinal Mistakes to Avoid in a Pre-Marital Agreement