“Don’t the mother’s always get custody? Can I get joint physical custody? My spouse is really mentally abusive to my child, can I get supervised visitations?” 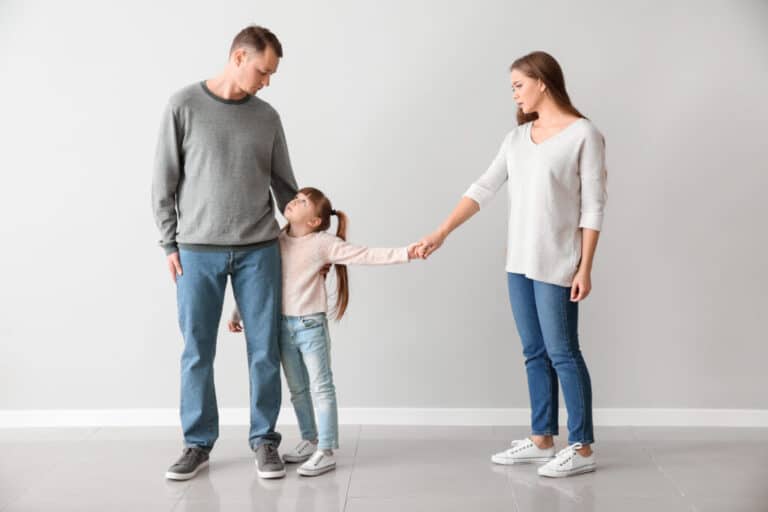 With child custody matters, there are two types. The first is physical custody. The primary physical custodian will have the child at his or her home more than the other parent who will receive Indiana Parenting Time Guideline parenting time at a minimum.

That said, the trend is nearing joint physical custody where the parents share the children on various time scheduled, such as week on, week off (which works sometime before school starts) or on a daily rotation such as 5-2-2-5 or 3-2-2-5.

In the initial custody determination in divorce or paternity cases there no presumption in favor of either parent. To make the decision, the court trial court hears your evidence, which with careful work with you counsel, establish that joint custody is in the children’s best interests. Remember, however, primary custody with parenting time to the other parent is the presumption under the Divorce Act and the Indiana Parenting Time Guidelines.

However, even if the court does not order joint physical custody, on the right evidence, courts are inclined to provide the non-custodial parent with more parenting time than specified under the Guidelines if the evidence establishes it is in the children’s best interests. This is also consistent with the trend of joint physical custody. What evidence do you have that additional parenting time will work? Gather it, get it into an admissible format, and present your case.

If the court does not accept joint custody as being in the children’s best interests, the non-custodial parent will receive Indiana Parenting Time Guideline time as a minimum. Whatever physical custody arrangement you seek, it is key to work with your counsel to develop the evidence to support your position. You may be asking at this point: “What evidence does the court actually consider in making its custody decision?”

In addition, the court may consider any other factor that is relevant to the child’s best interest in making its custody award. Thus, there is great deal of evidence you and your attorney can amass to make you best showing in court for the physical custody arrangement you seek.

Because permanency is often seen as important to child’s development, it is much more difficult to modify physical custody. To do so, the party seeking custody modification must establish that the modification is in the children’s best interest and the is a change in one or more of the statutory factors enumerate for the court to consider in making its original custody decision.

This type of evidence for modification of physical custody tends to come in two forms. The first is the “smoking gun;” such as when a single event establishes that the children’s custody should be modified. This may be a DUI, drug arrest, or the like. The second way to establish a substantial change (assuming you have documented it) is to show over time decision made by the custodial parent that interfere with your parenting time or do not serve the best interests of the child. While all parents may do so from time to time, a long document history of such behavior may well lead to a custody modification, although it may take the assistance of a custody evaluator to carefully weigh this and make a recommendation to the court of what custody arrangement is in the child’s best interests.

Legal custody has no connection with whose house the child sleeps in a night. Instead, legal custody focus on the who will make the decision about the child’s religious upbringing, medical care, and education. For the most part, parents do not disagree about this. However, when they do, the court can avoid one parent sole legal custody or divide these decisions up. It may give a mother sole educational and religious decision making but give the father sole medical custody. Why?

A common example where the parent the court may apportions legal custody comes in the context of childhood immunizations. May parents believe this has links to Autism. However, these are the minority or parents and judges. Thus, to avoid contempt filings and on-going litigation on this issue, the court may give the father sole legal custody on medical decision. Again, what you obtain in court is closely related to how well you prepare your evidence with your counsel for presentation at trial.

Modification of a legal custody order also takes showing a substantial change and are not as frequent as attempts to modify physical custody. However, they are becoming more common where, in particular, parents share joint legal custody and are always fight or litigating legal custody matter.

While many parents want their spouse to have supervised visitation, this is rare and is only made upon a showing a parent poses a risk of significant physical or emotional harm to the children. This is ordinarily intended to be for a short period of time, sometimes until a parent proves his worthiness of parenting time by taking an alcohol evaluation or psychological evaluation.

Sample of Emergency Motion for Custody, Supervised Parenting Time, and Possession of the Marital Residence

Four Things To Know About Child Custody In Indiana

How to Reunify Your Relationship With Your Child